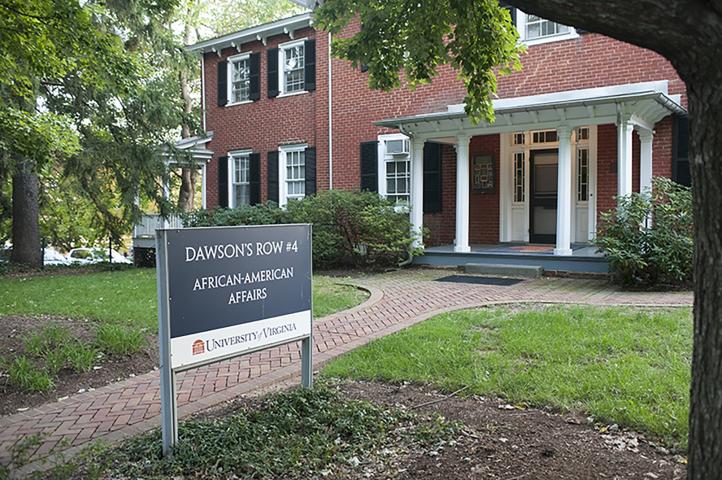 Originally constructed as the parsonage, Dawson’s Row #4 was the first building on the Grounds built expressly for religious purposes. General John Hartwell Cocke, a member of the Board of Visitors, had asked A.J. Davis to prepare plans for the parsonage in 1850, but these drawings were never executed. In 1851 the Board of Visitors authorized the erection, by voluntary contributions, of the parsonage. In 1852 the Board recalled this permission, but authorized the Faculty to receive donations. An 1853 letter suggests thatCocke presented his own design for the building, but it is not clear whether these plans were actually the ones used in 1855.

The parsonage was maintained by the YMCA through the early 20th century in an effort to increase the presence of religious influences in student life at the University. Since 1976, the building has been home to the University’s Office of African-American Affairs.

Originally, Dawson’s Row referred to a series of student dormitories (individually identified as A B, C, D, E, and F) erected in 1859 using money from the sale of Dawson Farm. House G was built several years later. In 1912 and 1913 the area around Dawson’s Row was leveled and graded so that level ground and terraces with steps would connect the plots with each other and with Minor Hall. The dormitories were demolished, several at a time, between 1931 and 1953. Records from the 1940s refer to the buildings remaining in the area of Dawson’s Row by number, e.g., Dawson’s Row #4.